Do you ever wonder what is going on in Woolly Land or with the Woolly members when you aren’t looking?  Here is a little peak at the last couple of weeks.

The Woolly had a great contingent out to ride the Chequamegon 100 on June 19th.  I’m not going to bother pestering them for reports because I’m sure I won’t get them (yes I just called you guys out).   Next time though take at least one picture would ya?

But from talking with the guys it was a mixed day.  We had a few miss the start, one failed nutritional plan, and a few really solid rides.  Kudos to the guys riding 80+ miles of single track!

Steve Hamlin took off to Ohio to participate in the second event in the National Ultra Endurance series race, the Mohican 100 on June 19th.  Check out his race recap here.

Last Thursday a large contingent of the Woolly Board and a few other members gathered at the St. Croix Falls Library to discuss Woolly business.  We discussed trail maintenance, allocated some funds for a new tiller for building and reconditioning trail, elected an interim Vice Chair to complete the current term (that’s me, Ben, still haven’t figured out what I am supposed to do in this role), and discussed fat bike jacket design (coming this fall).

Progress is being made on our new signage at the trailhead.  Dallas finished construction on the frame this weekend and a couple of us helped him get it installed.  Now just to finish up the content and get that fabricated and put up.  I think it is looking great! 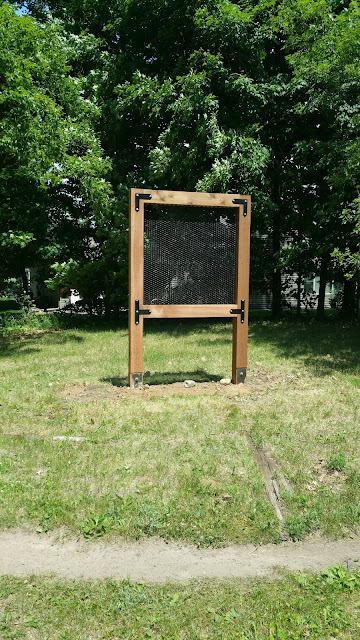 Bill Schildgen and Steve Hamlin (back at it just a week after the Mohican) took on the Lutsen 99er on June 25th.  Steve had an opportunity to ride it with his dad which is super cool.

Sounds like Bill had some tough moments in the close of the race with some debilitating cramps.  Here he says he was duck walking the final climb because of cramps so bad he couldn’t bend his knees.  Ouch. 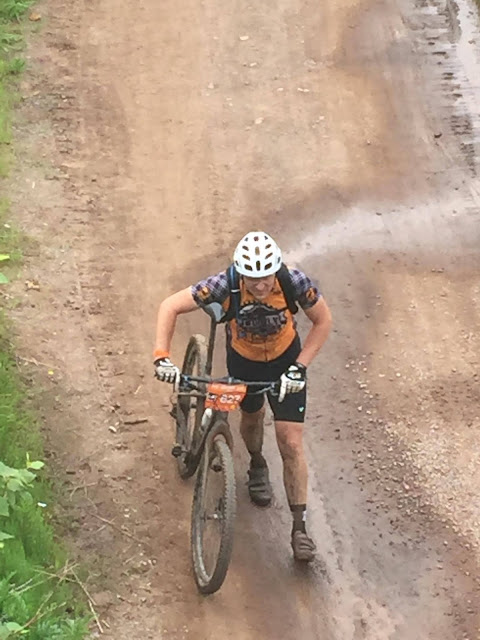 This isn’t just a bike race, this is an ADVENTURE race, which includes biking.  A 30 hour adventure race too.  Keith headed back up to the Cable area just a week after the Cheq 100 to take on a crazy new challenge.  We don’t have any reports yet, so we can only assume that he survived.

Dallas got the kids out on the Gandy Dancer trail for a little family ride time.  Talk about a good looking family all decked out in Woolly Gear! 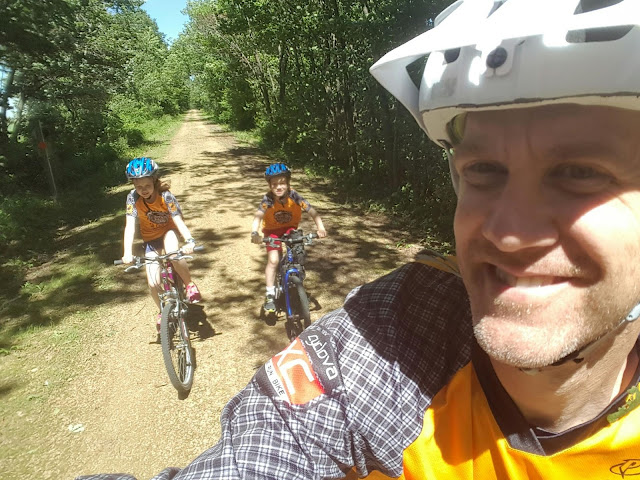