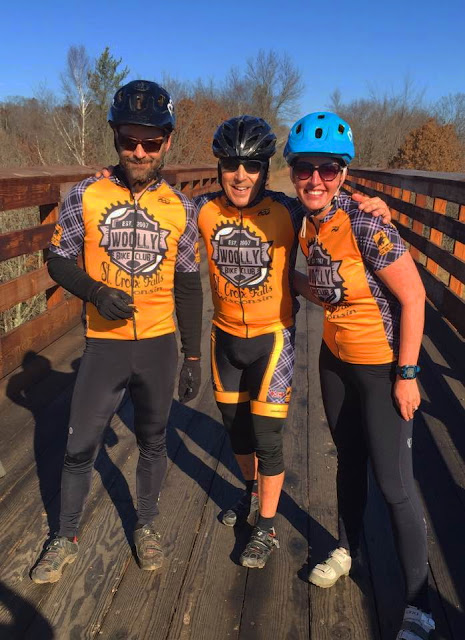 Traditionally, the first day after daylight savings time expires, local legend Mike Colaizy hosts a century ride on the Gandy Dancer from St. Croix Falls to Danbury and back.  The goal is to arrive back in SCF before it gets dark!
The ride has its origins back in the mid 90’s when Woolly’s Frank Lundeen had the bright idea to ride from Osceola to Danbury and back.  As I hear it, the Gandy was freshly laid and just completely energy sapping.  Stop by Cyclova XC and ask Frank about it, you’ll enjoy the story.  That was also the origin of the alternate name for this ride, The Death Ride. 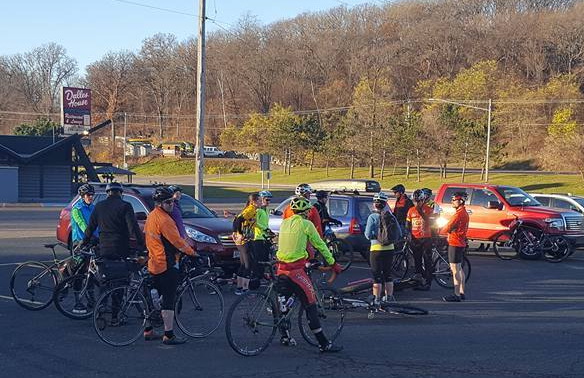 From the sounds of it, upwards of 20 riders gathered at the Polk County Info Center for the grand depart at 8am.  Among the crowd was a solid representation of Woolly jerseys.
I was NOT among the crowd.  I was off, uh, roller skiing… but this is the Woolly blog, we won’t talk about such things…  I did head out for my own, slightly less grand, depart shortly before noon taking the fatty for a spin. 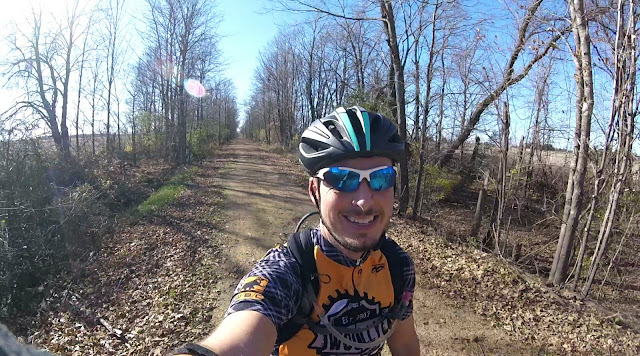 My primary goal was to go enjoy the day for a while and meet up with riders on the return trip.  Originally I hoped to make it to Cafe Wren at least.  Then when that came and went, I hoped to make it 25 miles out to get a half century. 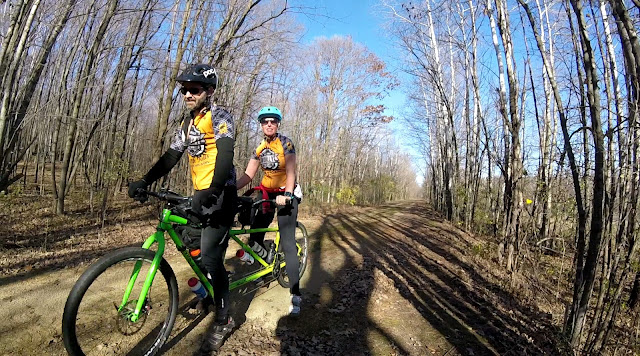 Shortly after Fredric and 25 miles I finally found Patty and Jason cruising on the way back on their Party Keg.  After a quick chat I was off again hoping to make it to 31 miles so I could have a fat metric century.
Just south of Siren and at about 30 miles I found Mike, Mike, Dallas, and one other person headed south. 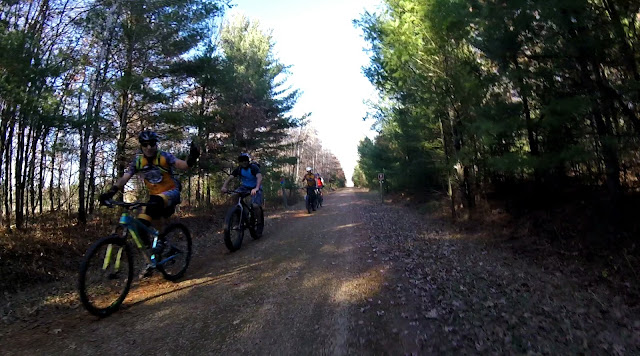 I pressed on to Siren to get my half metric century in… and meet my favorite rider before turning around. 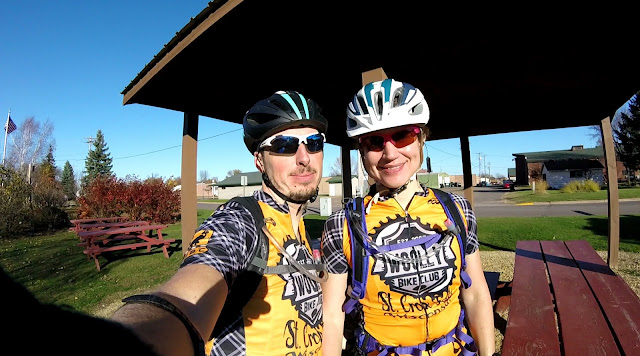 The return trip showed brought on a little headwind that had been a pleasant tailwind on the ride out.  It wasn’t the worst headwind I’ve ever ridden in, but it gave the race to beat the dark a little more excitement.
Just before Luck, Starr and I caught back up with Mike, Mike, and Dallas.  From there out we were really in Beat the Dark mode.  We had 16 miles to go and just about an hour to sunset. 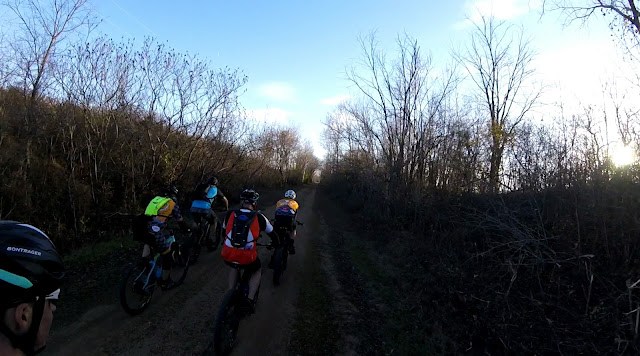 As we cruised along the sun kept creeping closer and closer to the horizon. 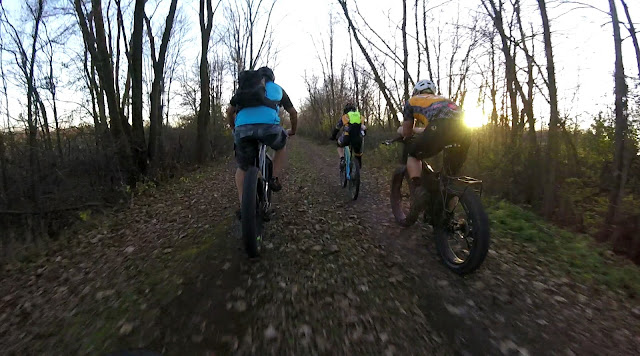 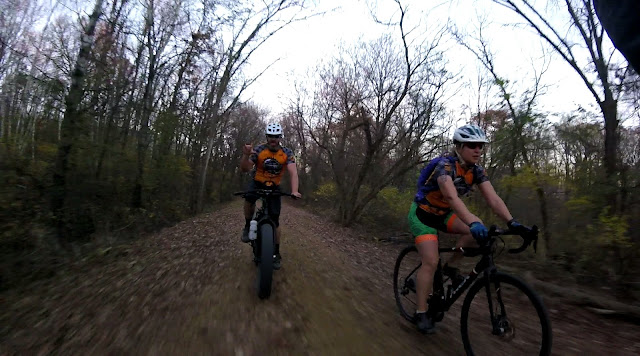 Sunset was 4:51 pm Sunday.  We rolled back into the Info Center at… 4:51.  Boom!  Beat the Dark.
I think all told Woolly had 5 imperial century finishers and I pulled off my fat metric century. 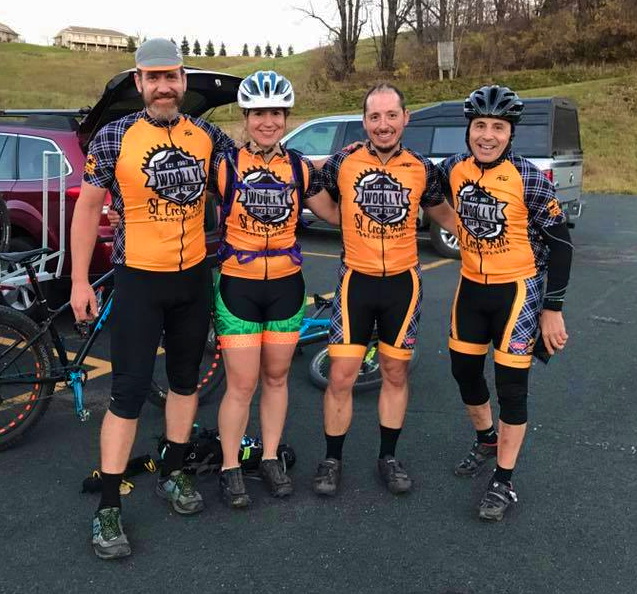 The weather continues to hold and the Woolly single track is still in primo shape.  Keep getting after it because soon we will be seeing the freeze thaw cycle start to put a damper on the riding and then hopefully soon after that we will be riding groomed single track!