The first Sunday in October the Woolly hosted the fourth annual Woolly Day.

Woolly Day originated back in 2013 as a short notice, “hey the weather looks good, lets hang out on the Woolly trails” type event.  The spirit of that first event lived on this year with good people and good trails. 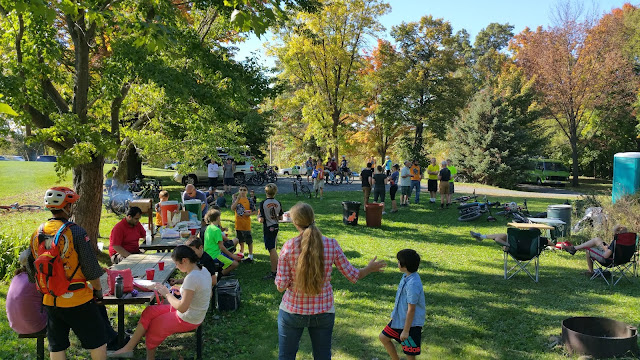 The event kicked off a short dedication of the new trail head signage shortly followed by a set of group rides at 1:30.  I think we had a ladies ride, a short loop ride, a full loop ride, and a kids ride.  I personally led the kids ride and had a riot.  Short of a MNMTB Series kids comp race, I’ve never seen so many little rippers on the trail at one time. 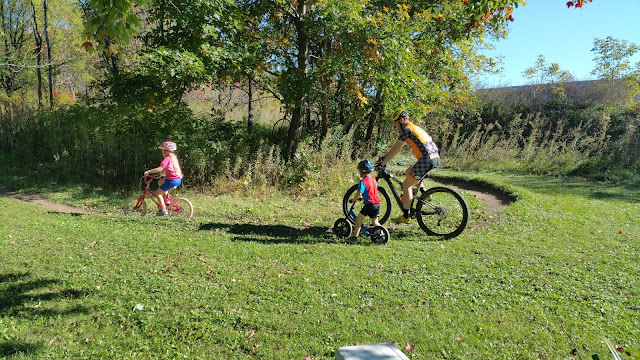 After the official group rides there was grilling, potlucking, cake, fire, and fellowship at the trailhead. 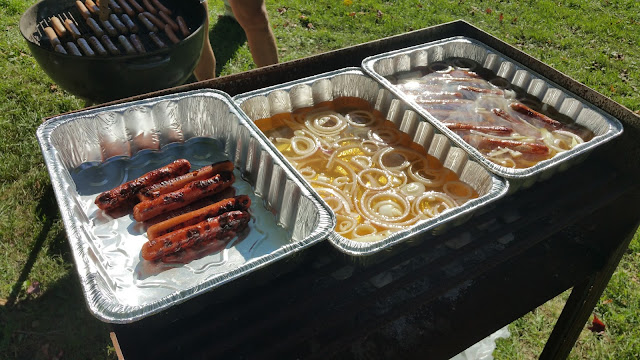 There were several attempted headcounts with numbers between 50 and 75.  Given the number of people that came and went throughout the afternoon I don’t think 100 people is an unreasonable estimate at all. 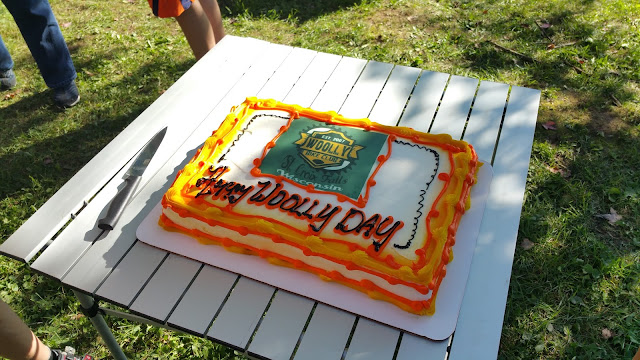 I’d grab that 2017 calendar now and pencil in Woolly Day for the first weekend in October.  That date isn’t set in stone, but it will be close so write it down so you remember to keep your options open.

And if you missed out on Woolly Day, why not try to make the Global Fat Bike Day Woolly Group Ride on December 3rd?